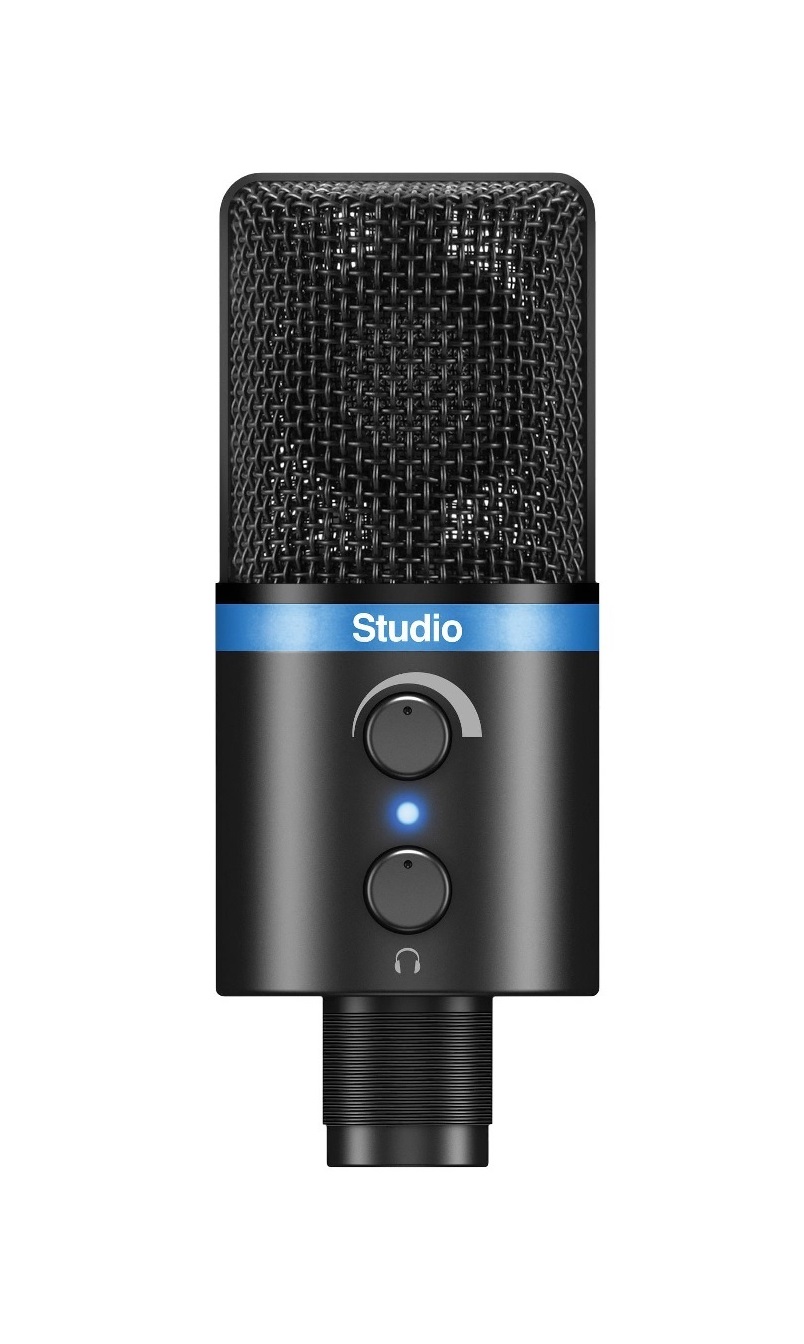 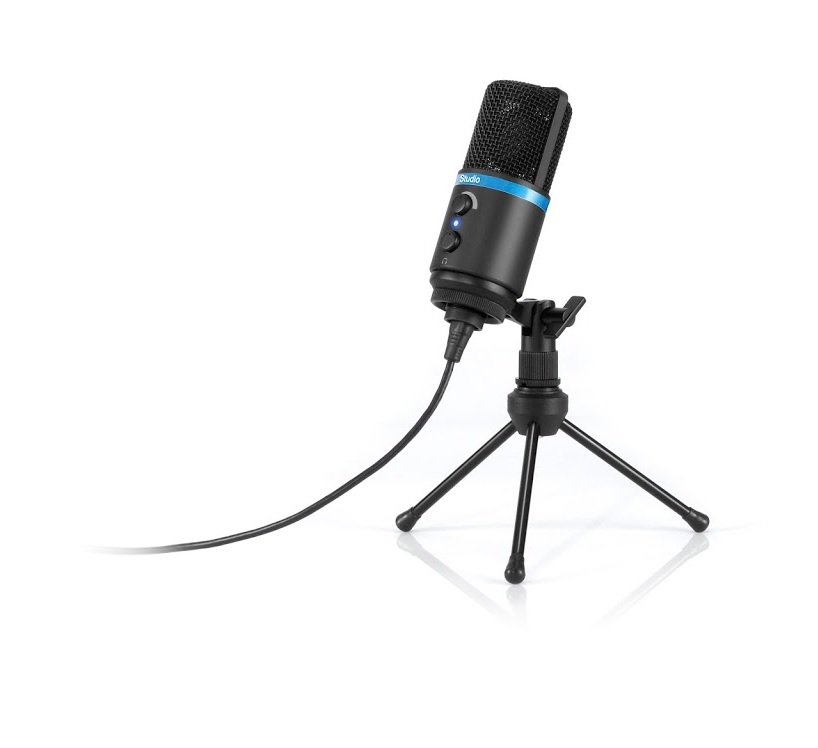 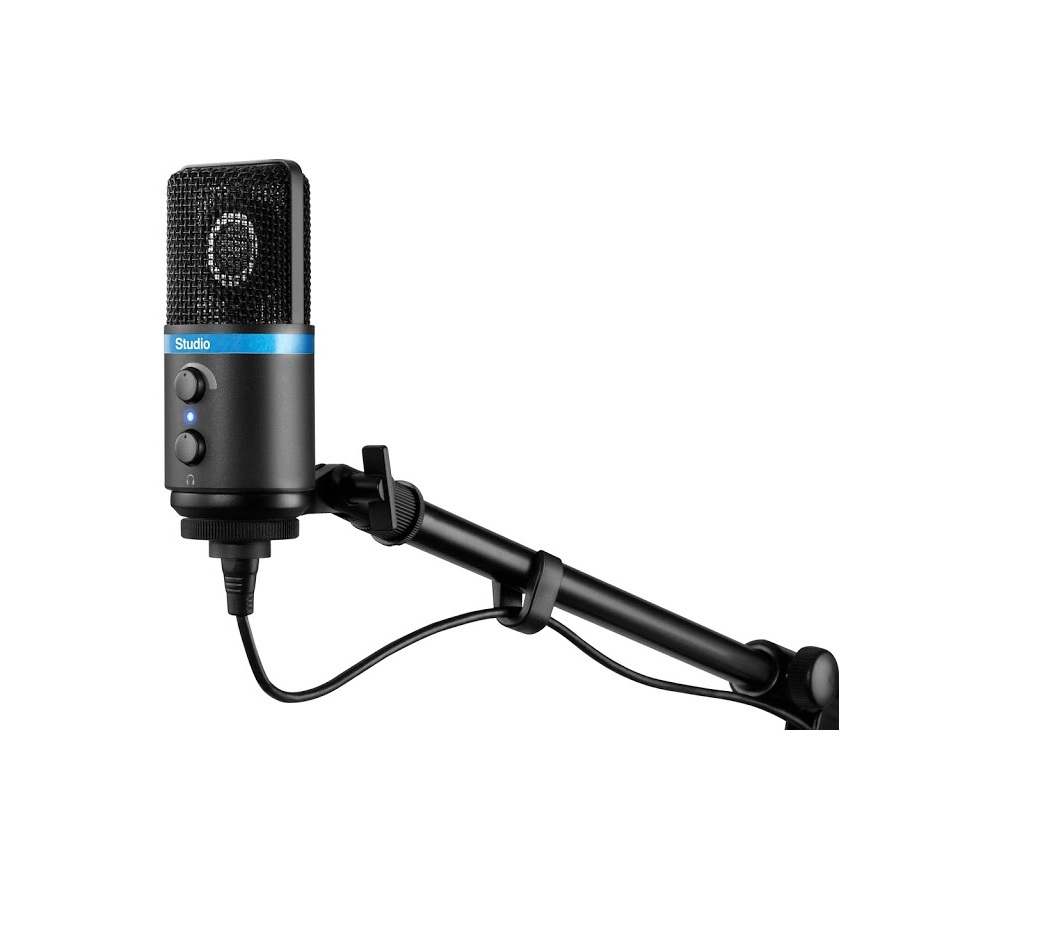 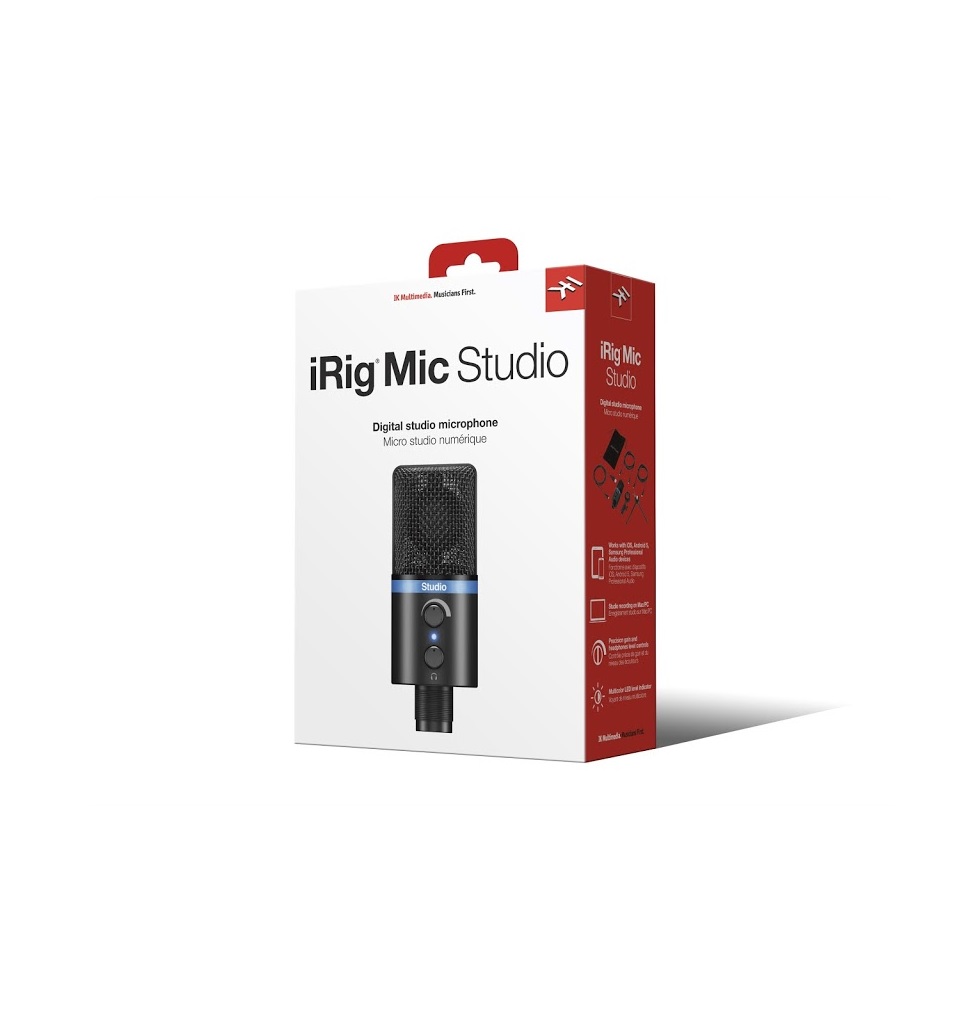 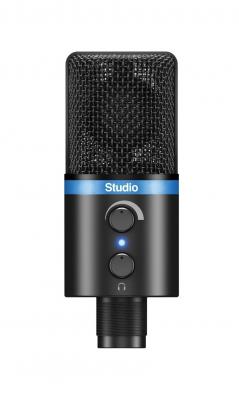 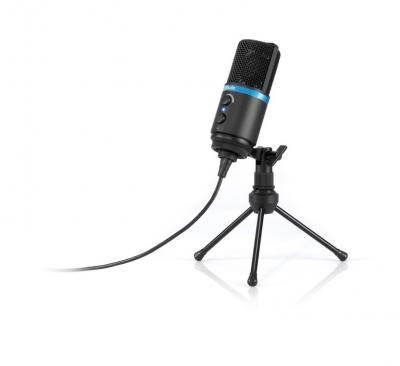 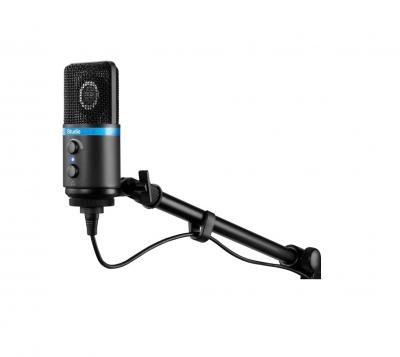 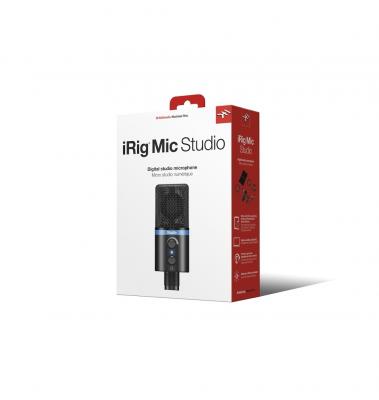 Use the IK Multimedia iRig Mic Studio with your Mac, PC, Android, or iOS device to make great-sounding recordings whenever inspiration strikes you. Monitor your performance with the convenient headphone output while you capture your music or vocals with 24-bit/up to 48kHz audio quality. Musicians at Sweetwater dig the compact size which makes it easy to transport in your laptop bag or backpack. Complete with a line of vocal apps for multitrack recording and effects, you've got a versatile recording solution with the IK Multimedia iRig Mic Studio microphone. Introducing iRig Mic Studio, IK Multimedia’s ultra-portable large-diaphragm digital condenser microphone for iPhone, iPad, iPod touch, Mac, PC and Android. It packs a 1” diameter condenser capsule into an ultra-compact enclosure that can be used to make professional-quality recordings anywhere. Great for musicians, vocalists, home producers, podcasters, broadcasters, voice-over artists and more, it puts the superior power of a large-diaphragm microphone into the palm of your hand.

What’s remarkable about iRig Mic Studio is that it offers its truly amazing recording quality in an enclosure that’s smaller than an iPhone. It features a large 1” diameter back electret condenser capsule, a 24-bit audiophile-grade A/D converter (with 44.1/48 kHz sample rate) and a built-in low-noise high-definition preamp. These, combined with its 133dB SPL rating, allow for optimal recording at any sound pressure level — it can capture everything from the subtle and nuanced dynamics of the human voice to the full-on bombast of an amplified electric guitar, and everything in between. A full suite of controls

All this is to say that iRig Mic Studio is equipped with everything you need to capture the highest quality sound no matter whether you’re at home in the studio or recording while on the go. It’s all about the connections Record with the power of apps

For immediate recording, iRig Mic Studio comes equipped with a powerful suite of vocal apps that match its cross-platform compatibility. iPhone, iPad and iPod touch users will be able to enjoy VocaLive, a powerful effects processor and multi-track recording app that features a selection of 12 professional real-time vocal effects. EZ Voice for iPhone, iPad and iPod touch and EZ Voice for Android are streamlined and easy-to-use sing-along apps that make it easy for vocalists to practice with any song in their music library. iRig Recorder for iPhone, iPad and iPod touch and iRig Recorder for Android are straightforward apps for field recording, podcasting, note taking and more. Mic Room, the microphone modeling app for iPhone and iPad.