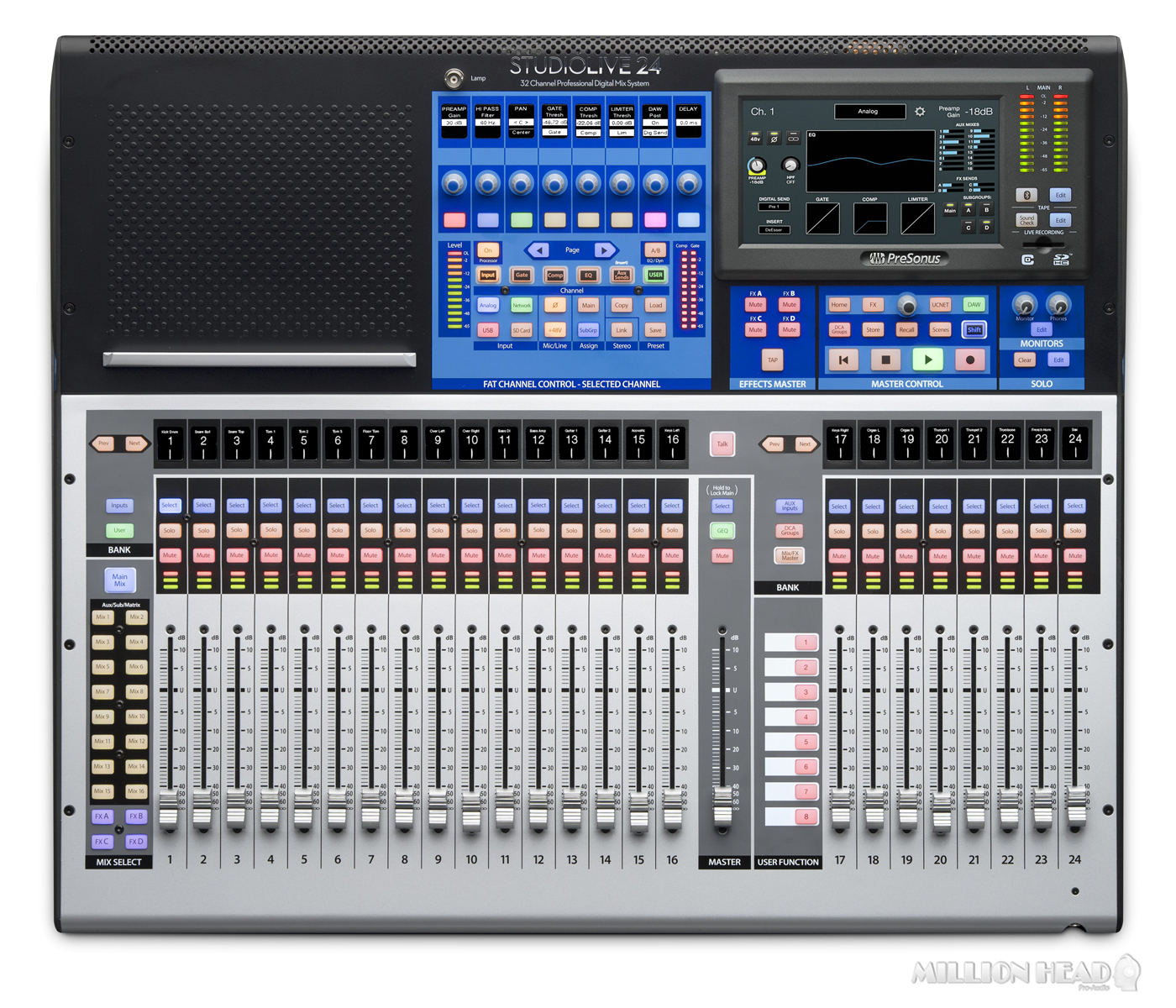 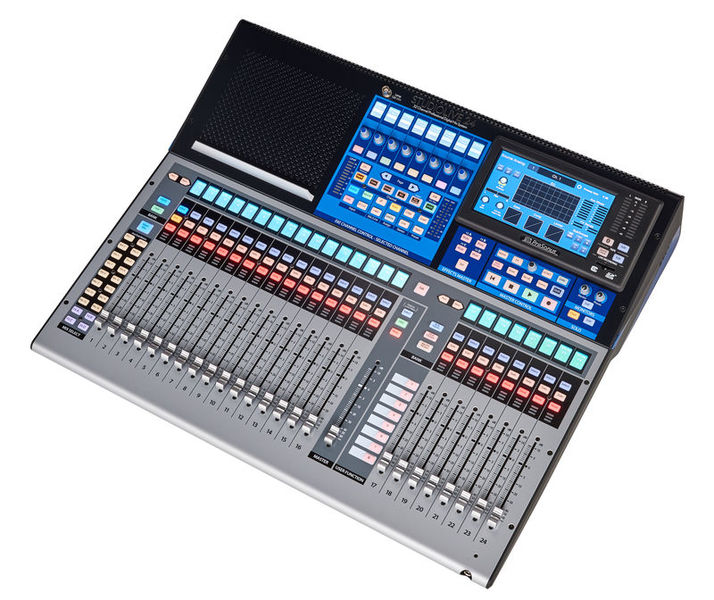 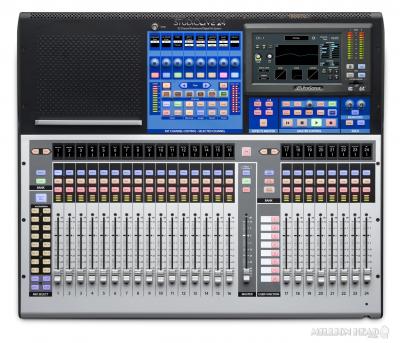 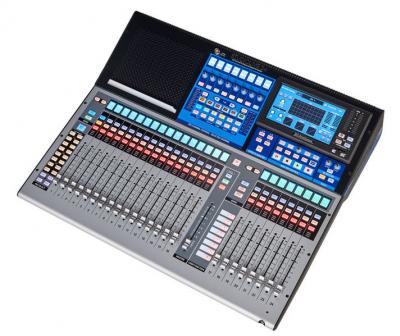 Versatile Digital Mixer with Powerful Recording Capabilities
The PreSonus StudioLive 24 digital mixing console/recorder represents the third generation of the acclaimed StudioLive series, and it's just as capable in the studio as it is for live sound. The revamped signal processing workflow provides vintage-style EQ and compression for every channel. You've got 24 PreSonus XMAX recallable preamps onboard, 25 touch-sensitive motorized faders, and a built-in SD card slot for multitrack recording and virtual soundchecks. Artists have full control over their own monitor mixes via the free QMix app, and the included UC Surface 2 touch-control software, Capture recording software, and Studio One Artist DAW software equip you for recording, mixing and mastering. For live sound and studio recording, the PreSonus StudioLive 24 stands out in its class.

Three options for multitrack recording
The PreSonus StudioLive 24 gives you three efficient options for multitrack recording. A built-in SD card recorder allows you to record all inputs simultaneously, and you can also play back from the SD card to do virtual soundchecks without a computer. You can also connect to a computer via USB for 38 channels of recording and playback. And the StudioLive 24 supports AVB over Ethernet too, allowing for 55 channels of recording and playback.

Pristine XMAX preamps for sound reinforcement and recording
Simply put, the Class A XMAX preamps onboard the StudioLive 24 sound like they belong in the studio. Their high headroom and low noise floor deliver extremely clean and clear sound you simply wouldn't expect from a live console. And mic preamp settings are fully recallable, which is a huge time saver when you mix or record the same band or show on a regular basis.

Flex Mixes offer a ton of freedom for any mixing application
At Millionhead we know it can be frustrating trying to use the same mixer for many different tasks. That's why we're excited about the 16 Flex Mixes offered on the PreSonus StudioLive 24. Flex Mixes can be set up as Aux mixes, Subgroups, or Matrix mixes, depending on what your show demands. Need a ton of different monitor mixes for a large group of musicians? No problem, you can create up to 16 aux sends if you need to. Same with Subgroups and Matrix mixes — perfect for theater productions and multi-zone venues, respectively. Basically, the StudioLive 24's Flex Mixes allow you to adapt your mixer to the mixing task at hand, instead of adapting your workflow to the limitations of your mixer.

UC apps deliver full-featured remote control options
One of the major updates Series III brings to the StudioLive mixer line is powerful and flexible remote control via both wired and Wi-Fi network connections. If you're the engineer, then you'll love UC Surface, which is available for Mac, Windows, and iPad platforms. UC Surface lets you access virtually any aspect of your mix, and with support for up to four screens, you could hardly ask for more comprehensive feedback. On the other side of the stage, artists can control their own monitor mixes via the QMix-UC app. What's more, QMix-UC is available for both iOS and Android operating systems.

Advanced processing for EQ, compression and effects
The StudioLive series of consoles has always been known for outstanding effects and processing capabilities, and the StudioLive 24 takes it even further. Four internal effects buses allow you to combine reverbs, delays and other effects for processing monitor mixes, groups, or individual channels. You can use effects as inserts on up to four channels too, and on top of that, Fat Channel processing offers vintage EQ and compressor models on every channel. And if you crave even more plug-in processing power, you can bolster your StudioLive 24 with PreSonus' Fat Channel Collection (sold separately).

FREE Plug-in Suite for Your Favorite DAW
PreSonus delivers more value than ever with their mixers and interfaces, thanks to the Studio Magic Plug-in Suite. This extensive collection of seven popular plug-ins covers models of top studio gear from manufacturers such as Maag Audio, Lexicon, and Arturia, adding up to hundreds of dollars of extra value. Punch up your mix bus with Brainworx's bx-opto, add ambience with Eventide's SP2016-inspired Stereo Room reverb, fire up transients with SPL's Attacker, and much more. And since these plug-ins are available in AAX, VST, and AU formats, they're compatible with any DAW you choose.